200 Schools in Tribal areas being converted to Smart Schools

200 Schools in Tribal areas being converted to Smart Schools

Srinagar, Apr 04 (GNS): Jammu and Kashmir Government is continuously making efforts to protect the interests of tribal people, including their land, education and upliftment of their socio-economic status.

The initiative was hailed as a significant step with a potential to transform the lives of members of tribal communities across Jammu and Kashmir. 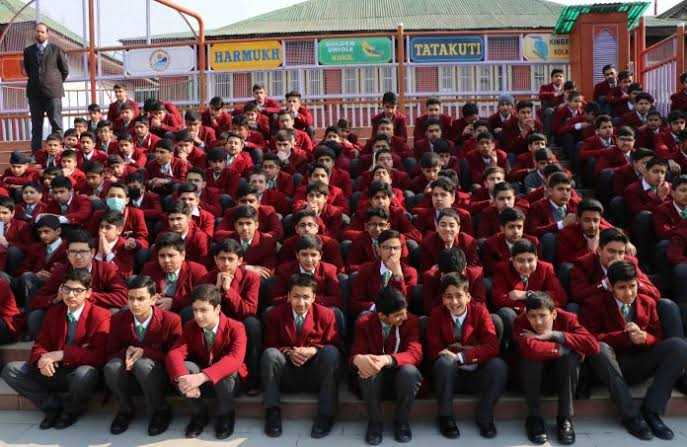 Describing the occasion as “historic”, Sinha expressed gratitude to Prime Minister Narendra Modi for making it possible to implement the Act in the Union Territory (UT), and said the move will usher a new era of empowerment and prosperity for the deprived tribal population here.

The tribal communities were not only provided rights on forest land, but they also got rights over minor forest produce. The government, in coordination with the Tribal Cooperative Marketing Development Federation of India Limited, will establish infrastructure for collection, value addition, packaging, and distribution of this forest produce.

In areas where community rights have been granted, Rs 10 crore is provided for infrastructure development including works on roads, power supply, Anganwadi centres etc.

The community had struggled for more than 14 years to get their rights, it was only in Manoj Sinha led administration, rights were conferred upon the tribal community through implementation of Forest Rights Act (FRA), 2006, keeping in mind the basic spirit of social equality and harmony as guided by the constitution of country and the Parliament.

For providing education on modern lines to Tribal children, the UT government’s started an ambitious project of transforming 200 Schools into Smart Schools in Tribal areas at a cost of Rs 40 crores. The modernization of Smart Schools initiative would be completed by March 2022.

Lieutenant Governor congratulated the Tribal communities for the historic beginning of the new era of educational empowerment of Tribals in J&K.

“Our priority is to secure the future of tribal children. Smart schools in tribal & remote areas equipped with modern facilities will develop scientific temper in children and make them future-ready, besides arresting the drop-out rate”, the Lieutenant Governor said after the launch of the initiative.

J&K administration is collectively spending around Rs 104 crore to strengthen school infrastructure in tribal areas and establish a strong educational ecosystem for the tribal community. Besides Smart schools, Rs 8.50 crore were spent on the modernization of hostels of the Tribal Department and new hostels are being built at a cost of Rs 4 crores In July.

The UT administration has set up two Eklavya Model Schools in Rajouri, one each in Anantnag, Poonch, Kulgam and Bandipora.

For the welfare of the tribal population, J&K UT Govt implements and devises various programmes and schemes to fill critical gaps taking into account the situation of STs through financial assistance and initiatives. These include economic, educational and social development through institution building in critical sectors through specially tailored schemes.

To ensure that Tribal youth excel in professional fields, 500 youth were selected for different professional courses with aid of Government.

“An annual outlay of Rs 30 cr has been earmarked for scholarships of tribal students. Fifteen hostels for tribal students were upgraded and modernized,” an official said.