Srinagar, Mar 22 (GNS): Ministry of Home Affairs, Government of India, Tuesday said that 26330 posts have been identified in various departments in the J&K and taken up for recruitment.

“Presently selection process has been completed with respect to 11,324 Gazetted, Non-Gazetted & Class-IV posts,” Minister of State,MHA, Nityanand Rai said in a written reply to a question by parliamentarian Gopal Chinnaya Shetty in Lok Sabha. 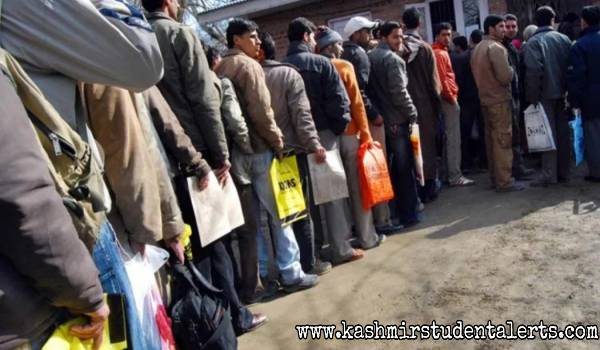 He was responding to question whether after abrogation of Article 370 and 35-A, the Government has decided to fill all the vacant posts in Jammu and Kashmir as well as Ladakh.

Rai said the Government has taken up recruitment drive in a transparent manner for which an Accelerated Recruitment Committee (ARC) was constituted for identifying Gazetted, Non-Gazetted & Class-IV posts and to expedite the recruitment process in J&K.

Accordingly, he said 829 UT/divisional cadre posts have been referred to SSC. “District Staff Selection Board, constituted under Ladakh Autonomous Hill Development Council (LAHDC) Act is already in place for recruitment to vacant district cadre posts,” he said in the reply, a copy of which is with GNS. “All the concerned Requisitioning Authorities have been directed to send the requisition of vacant Direct Recruitment quota posts to respective Recruitment Agencies.” (GNS)