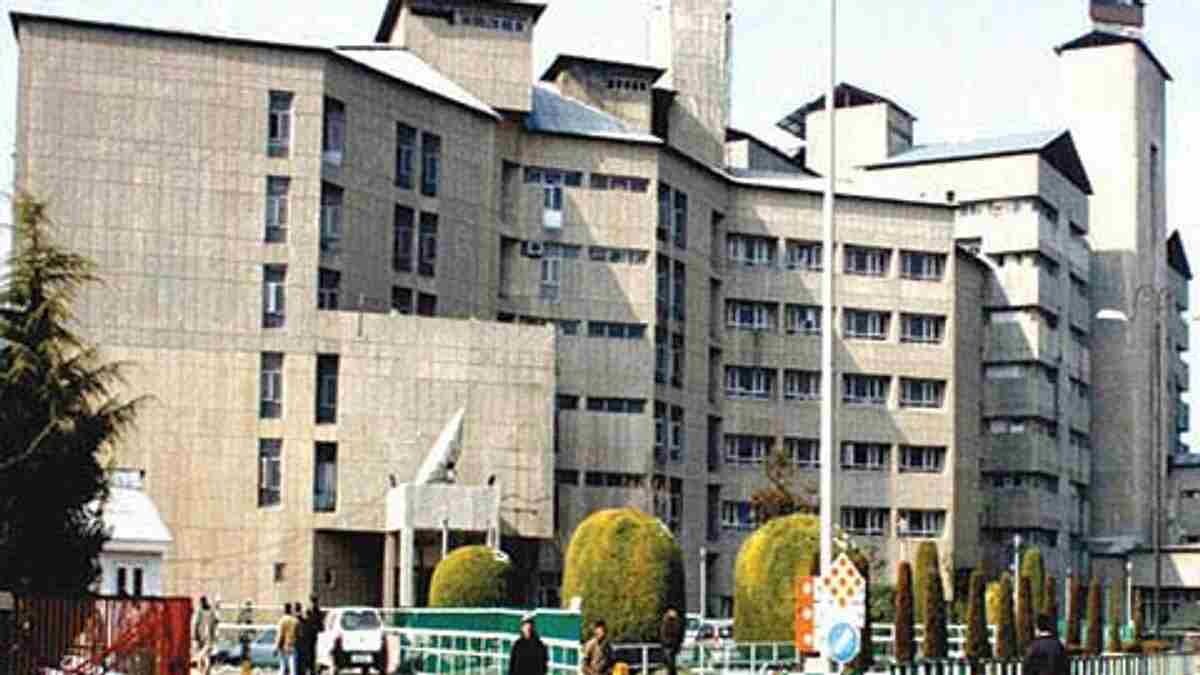 Srinagar, Jan 12 (KNO): In a bizarre development, at least 45 percent of professors, consultants, and additional associate and assistant professor posts at Sher-I-Kashmir Institute of Medical Sciences (SKIMS) Soura are lying vacant—thus raising a question on the functioning of the institute.

Besides, at least 51 percent paramedical posts are also vacant.

The news agency—Kashmir News Observer (KNO) has leant that authorities had sanctioned 290 posts of professors, consultants, and additional associate and assistant professor posts for SKIMS Soura out of which only 160 were filled till December-2022.

The Public Information Officer (PIO) of SKIMS Soura in a reply to Right to Information (RTI) has said that the authorities had sanctioned 616 paramedical staff posts.

Out of 616 posts, only 303 have been filled that amounts to 51 percent of vacant posts which are yet to be filled.

The official figures reveal that 313 paramedical staff posts were lying vacant till December-2022.

The RTI applicant had sought information regarding the official stand pertaining to the problems faced by the patients admitted in SKIMS Soura due to the foul smell of Achan dumping site.

In this regard, the PIO said, “Whole vicinity adjacent to the dumping site of Srinagar Municipal Corporation at Achan including SKIMS hospital, its residential quarters and other areas are facing tremendous problems especially during hot season.”

The PIO had asked the authorities that the matter may be taken up with the higher authorities of Srinagar Municipal Corporation Srinagar for redressal of this genuine grievance.

In the meanwhile, the PIO has also stated that at least 50,887 numbers of patients have availed benefit under Golden Card at SKIMS per Transaction Management System (TMS).

The officer also mentioned that SKIMS currently has 12 counters operational including one counter at SKIMS, Maternity Hospital and three at Daycare—(KNO)