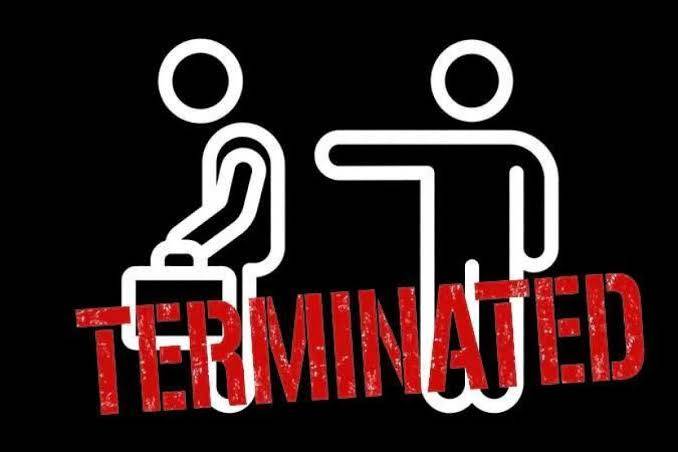 Srinagar, Oct 15 (KNS) : The Government of Jammu and Kashmir on Saturday terminated five employees from service for alleged terror links, running narco-terror syndicates and aiding proscribed outfits to carry out terror attacks.
A top official told The Kashmir News Service, that the government employees have been terminated under provision 311(2)(C) of the Constitution.
He said that the terminated employees are including Tanveer Saleem Dar, a Constable in Jammu Kashmir Police, Afaq Ahmad Wani, a Manager in Baramulla Central Cooperative Bank Limited, Iftikhar Andrabi, a plantation supervisor in 1991 in BDO office, Irshad Ahmad Khan, an orderly in Jal Shakti Department, Abdul Momin Peer, a Assistant Lineman in PHE subdivision.
The official said that investigation in Tanveer case has revealed that he managed this posting to repair firearms of terrorists discreetly and also arrange ammunition for them.
“He was known as most important terrorist commander and logistics provider of Lashkar-e-Toiba in the Srinagar City. Subsequent investigation has revealed that Tanveer was involved in a series of terror attacks in Srinagar City- 2003, 2004 and played a key role in killing of MLC Javaid Shalla,” he said.
“Afaq Ahmad Wani began drugs smuggling to raise finance and help terror outfits and thus facilitated terror attacks. He was arrested by the Police in June 2020. Cash and heroin were recovered from Afaq and subsequent interrogation by the NIA had revealed that Afaq was key player of a larger Narco-Terror Network,” he said.
Similarly another employee Iftikhar Andrabi, the official said that had visited Pakistan several times-2015,2016 and 2017 met various terror commanders of LeT and HM. Iftikhar was tasked to raise finances through narco smuggling and helping terror outfits to carry out attacks against civilians and security forces. He also helped in infiltration of terrorists.
“Investigation in Irshad Ahmad Khan’s activity has revealed that Irshad was discreetly transporting arms and ammunition for the terror outfits and played a key role in carrying out numerous terrorist attacks in the valley.  Abdul Momin Peer was tasked to raise narco-terror network in Kashmir valley. He was arrested in 2017 while transporting heroin to Amritsar,” the official said.(KNS)