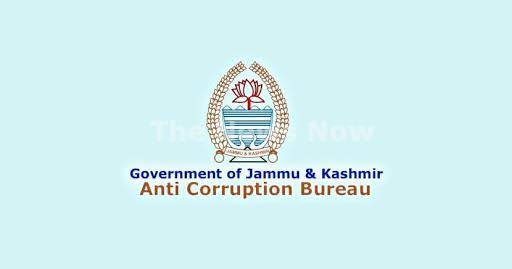 According to a statement, issued to the news agency—Kashmir News Observer (KNO) a complaint was received by ACB against lineman of KPDCL sub-d ivision Kulgam, namely Mohammad Yousuf Dar of Kulgam for demanding bribe of ₹3,000 for settlement of electricity bill issued in the name of his son, who is living with the complainant .

The statement reads the complainant is already having consumer ID in his name, whereas a bill was created in the name of his son for an amount of ₹13,376 for the month of November, 2022.

“The employee demanded him to pay ₹3000 for settlement of the said bill. Since the contents of the complaint disclosed demand of bribe by alleged accused public servant which required prompt action by this investigating agency.

Accordingly immediately after receipt of the complaint case FIR No 01/2023 was registered at P/S ACB Anantnag and investigations was started,” it reads.

It reads after registration of case a trap team was constituted that caught the lineman red handed for demanding and accepting bribe of ₹3,000.

“He was immediately arrested on spot after completing necessary legal formalities. Further investigation is going on,” it reads—(KNO)