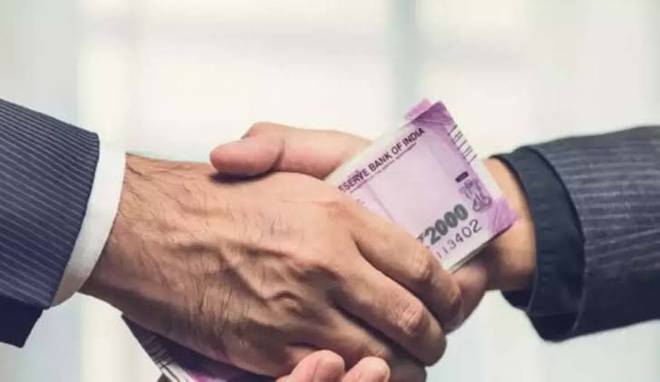 In a statement, issued to the news agency—Kashmir News Observer (KNO), a spokesperson said that ACB received a complaint against one Farooq Ahmad Dar, Executive Engineer PWD (R&B), Special Sub Division, Gurez for demanding bribe of Rs. 15,000/- from a complainant as commission for releasing the payments.

The statement reads that the complainant stated that he and his father jointly doing contract business and participated in due tendering process.

“His father was awarded the contract for the construction of work viz construction of five room Govt Primary school building at Dassi-B Bagtore Gurez shifted to Izmarg Gurez vide allotment dated 10.11.2017 and agreement dated 11 of 2018. That after completing the said work some payments were released by the department,” it reads.

“The complainant approached the ACB and requested for taking necessary legal action against the accused Public servant for demanding bribe of ₹15,000. On receipt of the complaint, prima facie offences u/s 7 of the Prevention of Corruption Act 1988 (as amended in 2018) were made out against the alleged accused person.”

It added that accordingly, Case FIR No. 25/2022 was registered at Police Station ACB Baramulla U/S 7 of the PC Act 1988 (as amended in 2018) against the accused and investigations were started.

“Immediately after registration of the case a trap team headed by DySP rank officer and independent witnesses was constituted. The team caught the accused red handed while demanding & accepting bribe of ₹15000 from the complainant at Gurez.”

It added that he was arrested on the spot after completing all legal formalities for further questioning and ascertaining the role other persons.

“Searches were also conducted at the residence of the accused, while further investigations are going on,” it added—(KNO)