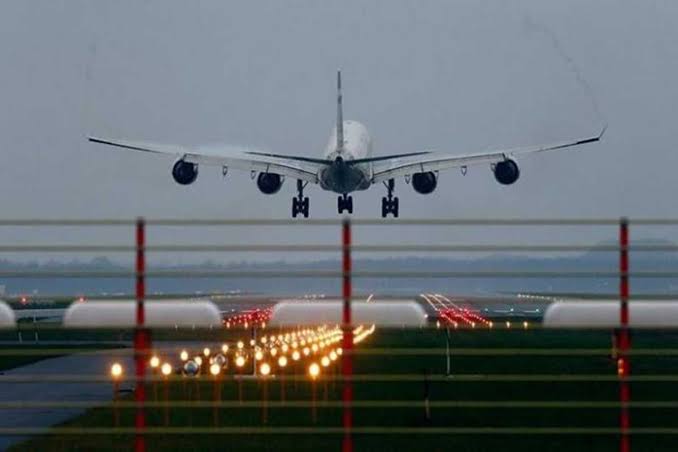 Srinagar, Jan 14 (GNS): A day after remaining cut off from the outside world, Kashmir’s aerial and surface links were restored on Saturday as flights operations resumed at Srinagar ‘International’ airport and Jammu-Srinagar Highway reopened for traffic.

Director, Airport Authority of India AAI, Srinagar Airport, Kuldeep Singh, told GNS that snow was cleared from the runway and apron early in the morning. “Flight services have resumed. The first flight arrives by noon,” he said.

Asked about the number of flights expected to operate during the day, he said, “We are looking forward to have maximum number of flights today.” Following snowfall on Friday, most of flights to and fro Srinagar were cancelled and the airport authorities have already announced passengers of the cancelled flights would be accommodated by the respective airlines in the next available flight “at no extra cost.”

Meanwhile, traffic on Jammu-Srinagar highway, the only surface link connecting Kashmir Valley with the outside world, reopened and according to the officials, light motor vehicles have been released from both ends of the thoroughfare. The strategic highway was closed mainly due to shooting stones and mudslide near Mahar in Ramban district.

Mughal road, connecting twin districts of Poonch and Rajouri with Shopian, as well as Srinagar-Leh highway have been already closed for this winter.

The Mughal road has been closed for vehicular movement vide District Magistrate Shopian’s order from January 5 in view of snow accumulation.