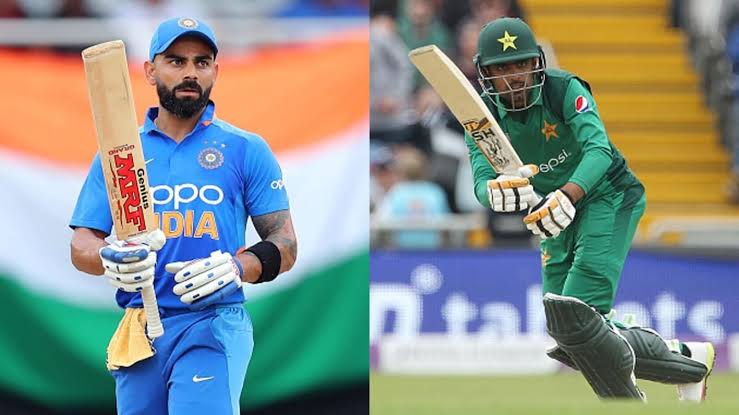 Stakes couldn’t be higher as arch-rivals Pakistan and India are set to clash in their respective opening matches of the Asia Cup on Sunday.

Though the tournament will start from August 27, where hosts Sri Lanka will take on Afghanistan, however, all eyes will be at the Dubai International Stadium, where arch-rivals will lock horns on August 28.

Last time the two sides met at the venue during the T20 World Cup 2021, Pakistan humiliated India as they handed then a 10-wicket defeat (Asia Cup 2022).

For India, they are also without the services of Jasprit Bumrah.

With some new faces in the squad, here is how Pakistan could lineup for the high-octane fixture(Asia Cup 2022):

Experience batter Fakhar Zaman, who serves as an opener in ODIs for Pakistan, would follow the openers. His form will be crucial for Pakistan if they want to proceed in the tournament.

The fourth spot is a bit debateable, with experienced all-rounder Iftikhar Ahmed or rookie batter Haider Ali in the squad. It will be a tough call for the team management, whether they go for the experience or give youngster another chance with ICC T20 World Cup just around the corner.

Team management should go with Haider keeping an eye on the upcoming World Cup in Australia, where his presence in the middle would benefit the Men in Green.

At number five, Pakistan vice-captain Shadab Khan will be the obvious choice. However, his batting position may change depending on the situation. He too will be very lethal with the ball on the turning wickets of the United Arab Emirates (UAE).

Hard-hitter Khushdil Shah would be taking the guard at number six. He is best suited for this role along with Asif Ali, who will follow him.

We all know what all-rounder Mohammad Nawaz can do with the bat, as he is one of the obvious first choice players currently in the squad.

Mohammad Wasim Jr, who hasn’t featured in any major event for Pakistan, is expected to get picked especially in the absence of Hasan Ali, who missed out due to poor form.

Wasim Jr’s can also do some serious damage with the bat in the lower-order.

Haris Rauf is one of the obvious choices in the playing XI. He has proved himself as one of the specialist in the shortest format of the game.

Though, Mohammad Hasnain was picked as a replacement for injured Shaheen Afridi, but Naseem Shah could get an edge in the selection after impressive outing both against Sri Lanka and Netherlands.

This means, we could be seeing Naseem in action in the T20s for the first time in international cricket.