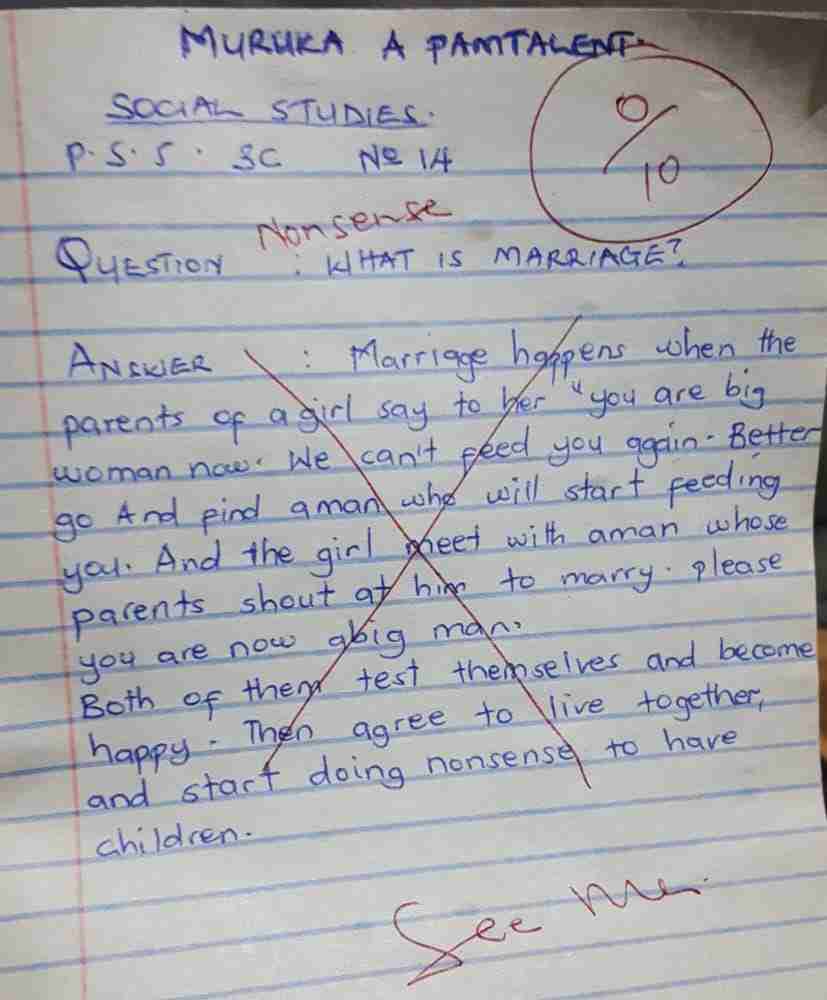 A student’s hilarious answer to a question related to the definition of marriage has broken the internet.

An answer sheet of a student appearing for social studies paper has gone viral. It happened during an examination when students were asked to define marriage.

“Marriage happens when parents of a girl say to her, `you are a big woman now. We can’t feed you again. Better go and find a man who will start feeding you. And the girl meet a man whose parents shout at him to marry. Please you are now a big man. Both of them test themselves and become happy. Then they will decide to live together and start doing nonsense (sic),” he wrote in his answer sheet.

Though the teacher did not like the answer, It tickled the funny bones of the netizens. It has evoked hilarious reactions on Twitter.

“And they lived happily ever after,” wrote one user

“Probably fake. A class 3 child writing like this? All of these so-called witty answer sheets are now fake. Which teacher would write “See me”?” wrote another.

“By profession, I am a well-experienced teacher The child writes according to his or her understanding. It is an essay in this language that expression is needed. The essay on marriage is a difficult topic even some of the married people can not understand he should give full marks,” wrote third.