SRINAGAR: The Centre will train 20,000 officials of the Jammu and Kashmir administration in grievance redressal and the task will be undertaken by its Department of Administrative Reforms and Public Grievances (DARPG), Union Minister Jitendra Singh said on Monday.

Addressing an event here, he said governance reforms must be taken to the next level and proposed the idea of ‘aspirational blocks’ on the lines of the ‘aspirational districts programme’ based on 41 scientifically evolved indices and aimed at bringing districts lagging in certain parameters at par with the best performing ones.

“Centre will train 20,000 Jammu & Kashmir Govt officials in grievance redressal and the task will be undertaken by the Department of Administrative Reforms, Union Ministry of Personnel,” the minister said.

Singh, the Minister of State for Personnel, said Prime Minister Narendra Modi has accorded top priority in bringing the overall development in J&K. 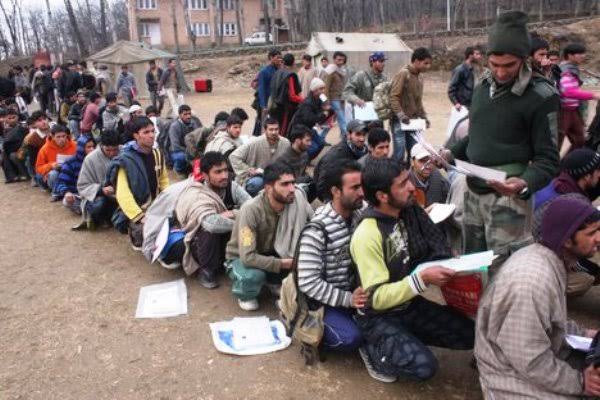 “Prime Minister’s objective scientific approach even in designing, structuring and planning in administrative reforms has worked to a great benefit as it is based on very objective parameters,” he said, inaugurating a two-day regional conference.

Centre to train 20000 Jammu and Kashmir Govt officials: The conference, on the theme “Bringing Citizens and Government Closer Through Administrative Reforms”, is being organised by the DARPG in collaboration with UT of Jammu & Kashmir.

It is being held in the backdrop of replication of good governance practices in J-K. Sixteen awardees of prime minister’s awards for excellence in public administration presented their innovations at the event, a statement issued by the Personnel Ministry said.

Centre to train 20000 Jammu and Kashmir Govt officials: Singh informed that the Jammu & Kashmir grievance system had already been integrated with the central grievance portal in October, 2020, thus making it the first Union Territory of India to have its district level grievance offices integrated with the Centre’s Centralised Public Grievance Redress and Monitoring System (CPGRAMS).

Centre to train 20000 Jammu and Kashmir Govt officials: Describing it as a successful story of the first-ever experiment to integrate district portal with state and thereof with the national portal, the minister hoped that this mechanism will also be emulated by more states and Union Territories, the statement said.

He said, the index represented a major administrative reform in bench marking good governance at district level and a significant step for timely collation and publication of statistics at state/ district level.

Singh said the central government is committed to raising the living standards of its citizens and ensuring inclusive growth for all.

In his address, Secretary, DARPG, V Srinivas said the conference is an effort to bring the government and citizens closer through various administrative reforms at centre, state and district level.

Centre to train 20000 Jammu and Kashmir Govt officials: This is being enabled by the use of digital technology, pursuing next generation reforms and innovations with policy objective of “maximum governance, minimum government”, entailing government process re-engineering, universal access to e-services, excellence in digital initiatives at district level and excellence in adopting emerging technologies and use of ICT management, he said.

Centre to train 20000 Jammu and Kashmir Govt officials; Arun Kumar Mehta, Chief Secretary, J&K informed about the various reforms around good governance and effective implementations of schemes and initiatives over the recent past.