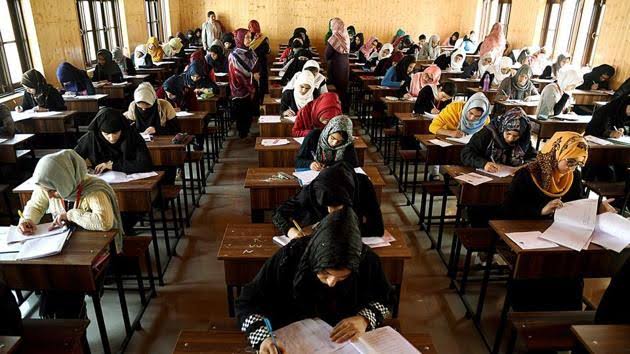 As per the order, the regular annual examination of session 2022 for class 10th to 12th students will be held in March and April (for hardzones) in 2023.

Soon after the government order was issued, the JK Board of School Education (BOSE) issued a detailed schedule regarding conduct of annual examinations in normal and hard zones of J&K.
However, uncertainty continues to prevail over holding annual examinations of junior classes (primary to class 9th).

During the previous years, the schools would conduct the Term II exams of junior class students in October month and the classification of exams would start in November .

But following the government decision to shift the academic session to March for higher classes, the students, teachers are in a dilemma over the conduct of Term II exams of junior classes. 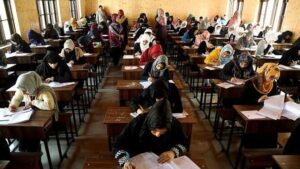 Also the delay by the government to clear the uncertainty has brought everything to a standstill. The students have completed their syllabus and the schools are ready to conduct the exams as well. But the formal nod from the government is awaited to go ahead with the exams.

Recently, the JKSCERT submitted its recommendations to the administrative department that the junior class exams should be conducted in March. The SCERT has stated that all DIETs will be geared up to hold the exams smoothly in the month of March.

The move has added to the confusion among students and teachers.

The teachers have expressed their concern over the issue as the attendance in schools these days remains thin as there are rarely any classes conducted in schools.

“Obviously this was the time when students would prepare themselves for Term II exams but this year, everyone is confused,” said a school teacher.

Earlier, the government hinted that the term II exams of junior classes will be held in November this year and the session will be shifted to March from next year. But the government has not moved ahead with the deliberations till date.

While the government is indecisive over holding term II exams of junior classes, the majority of the private schools have already started the registration process for the kindergarten admission.

Related: JKBOSE issues schedule for holding class 10 to 12 annual exams
The move has left the parents in a dilemma saying that there was no clarity whether the admission process is supposed to start from the current month or it has to be started from March next year owing to the government decision to shift the academic session to March.

Given the current status of the situation, the government is scheduled to start the new session from June after holding examinations in March.

But the commencement of kindergarten admissions in September-October will lead to chaos in schools over accommodation of the students.

“If the schools will take fresh admission for kindergarten classes, it will be difficult for the institution to accommodate them as all the junior class students are yet to be promoted to the next level. So, the whole confusion is created by ambiguity in holding term II exams,” said another school teacher.

Another issue is about charging fee from students. If kindergarten admissions are done at present, then the private schools will charge the fee for November to February month from the parents which will be an unnecessary burden for them.

Notably, the divisional administration recently ordered that a high level committee will scrutinize the admission process and the selection of the candidates under Economically Weaker Section (EWS) quota as per the lease agreement executed between the Government and School authorities.

The order says that the committee will oversee the process of admission through the draw of lots if the number of forms received is more than the allocated quota.

But the committee can only oversee the admission process once the government issues revised guidelines for commencement of kindergarten admission in the schools. Also, the formal announcement should be made for holding the junior class exams.

It is important for the School Education authorities to come clean on these important matters to clear the confusion which has gripped parents and students. Lack of clarity will only impact the students negatively. The authorities should come up with a formal clarification without any delay so that schools and students prepare themselves accordingly. Delay in clarifying the issue is telling badly upon the authorities who are being accused of indecision on crucial matters. (Greater Kashmir)