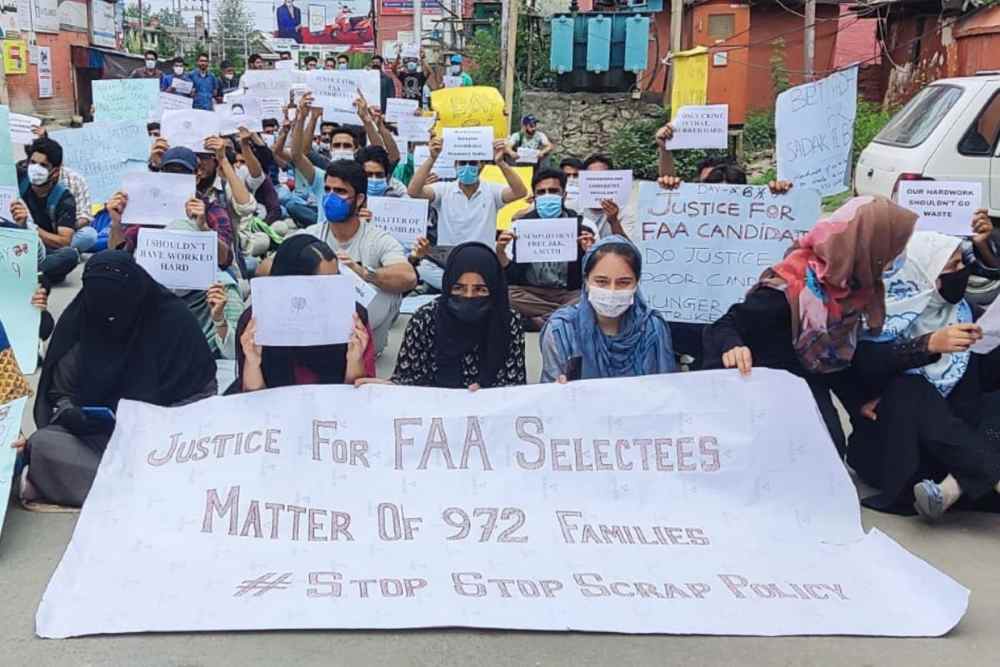 Srinagar, Nov 30 (GNS): The Central Bureau of Investigation (CBI) on Wednesday carried out searches at the premises of 14 accused and others including then Member J&K Services Selection Board (JKSSB) in connection with a case related to alleged irregularities in the examination for the posts of Accounts Assistant, Finance Department (FAA).

The CBI said a case was registered against 20 accused including then member JKSSB, a JKAS rank officer; then Medical officer of BSF Frontier Headquarters, Paloura ; private persons; private company and unknown others on the allegations of irregularities in the examination conducted by JKSSB for posts of FAA. The written test for recruitment was conducted by JKSSB on 6 March this year. The results were declared on April 21.There were allegations regarding malpractices in the examination and the government of J&K constituted an Inquiry Committee to look into the same.

The report of the Committee revealed the alleged conspiracy amongst officials of JKSSB, private company based at Bangalore, beneficiaries candidates and others causing gross irregularities in conduct of said examination, according to a CBI statement with GNS. “Certain allegations including high percentage of selected candidates from the districts of Jammu, Kathua & Reasi; leakage of question paper; violation of rules by JKSSB in assigning the task of setting question paper to a Bengaluru based private company and forgery etc were also found,” the premier investigation agency said, adding, “Investigation is continuing.” (GNS)