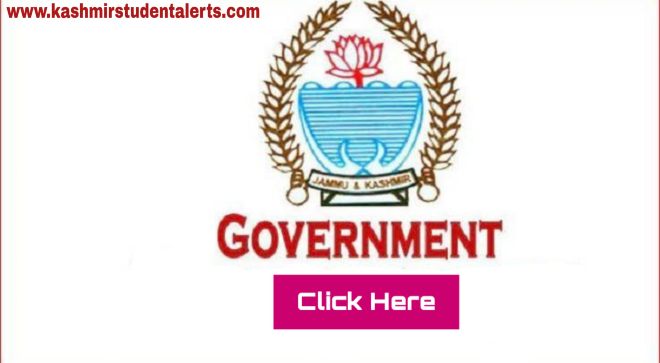 Srinagar, Jan 19 (GNS): The Government on Thursday accorded sanction to the establishment of Civil Services Officers’ Institute, J&K as a Society under Societies Registration Act, 1860.

According to an order issued here, the government ordered establishment of the Jammu branch on land identified by Divisional Commissioner Jammu in Majheen area of the winter capital while its Kashmir branch will be established in Guest House No. 5, Maulana Azad Road, Srinagar.

It also ordered provisional utilization of assets belonging to the Jammu Tawi Golf Course, Sidhra for operations of the Civil Services Officers’ Institute, J&K, Jammu till infrastructure of the main campus is established.

“The Governing Council of the Civil Services Officers’ Institute, J&K shall be vested with powers to regulate overall functioning of the Institute,” read the order, a copy of which lies with GNS.

“It is further ordered the Estates Department shall incorporate appropriate changes in the relevant records with regard to CSOI, Kashmir Branch,” it said, adding, “the Divisional Commissioner, Jammu shall ensure transfer of land for CSOI, Jammu Branch, after completing the requisite formalities.” (GNS)