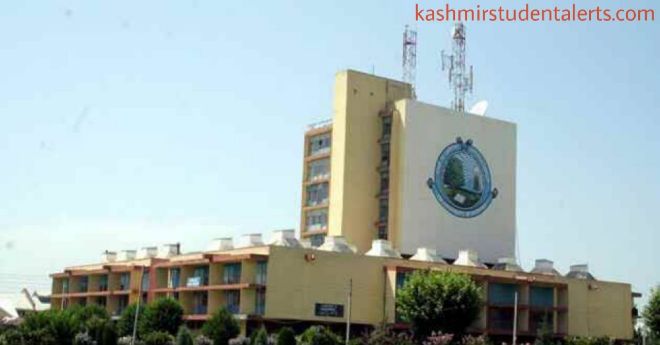 A top KU administration official confirmed it with news agency that they have received instructions from LG office on 13th of this month that a fresh advertisement should be issued for appointment of Assistant Registrars and Assistant Controller of Examinations and Junior Assistants.

These positions were initially advertised in 2019 and the recruitment process had to be completed within a span of two years as per the University rules. The University however failed to complete the process within the stipulated time frame.

In 2021, the former Vice Chancellor Talat Ahmad gave a special six-month extension to complete the recruitment process after the Registrar moved the proposal of extension, sources said.

‘This time also the University failed to complete the process within six months’.

Sources said, “When the present VC took charge, she referred the matter to the Chancellor for his advice, following which the LG directed that the posts be put to advertisement afresh.”

Meanwhile, the aggrieved aspirants told this news agency that the LG should order a CBI inquiry into this alleged recruitment fraud and fix the responsibility.

“We were misguided by the University officials that the process can be continued beyond two years. We request LG to pass directions for a CBI inquiry in the matter so that officials responsible for playing with the career of youth of J&K are taken to task,” said an aspirant for Junior Assistant.

He said the recruitment process for Junior Assistants was almost complete and only final orders had to be issued.