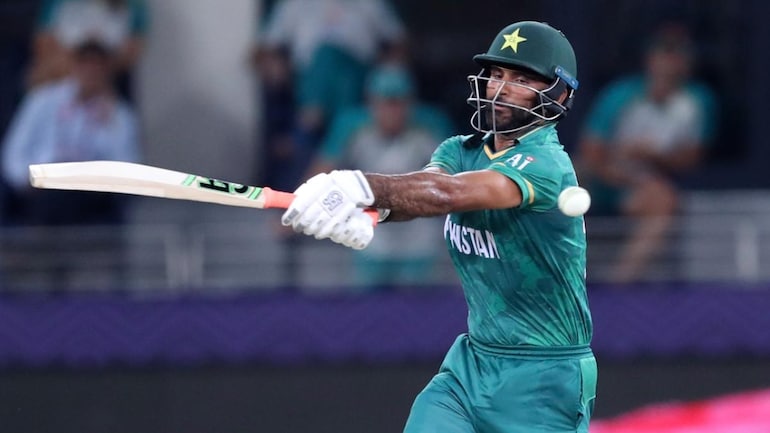 Pakistan batter Fakhar Zaman showed true sportsman spirit after deciding to walk off from the crease after getting dismissed during Avesh Khan’s over in the high-octane Asia Cup 2022 match against India in Dubai on Sunday.

Avesh bowled it short and Fakhar Zaman tried to hang back and just cut it away behind point but seemed to have missed it. Dinesh Karthik caught the ball and made a stifled appeal but Fakhar started walking and the finger was raised. It was a massive wicket for India as Avesh came back strongly after being hit for a couple of boundaries.
Fans hailed Fakhar Zaman for showing true sportsman spirit in an intense India vs Pakistan match in the Asia Cup.

Earlier, after opting to bowl first, the Indian pacers put up a dominating performance in the opening overs against Pakistan. Babar, troubled by the early swing from Bhuvneshwar Kumar, decided to take on a short ball from the India pacer and ended up miscuing the shot to short fine leg, where Arshdeep Singh did not make a mistake.
India won the toss in Dubai and the Indian skipper decided to bowl first on the day. However, the biggest shock was the omission of Rishabh Pant from the lineup.

“Honestly, I don’t think the toss is that important, we are just here to play good cricket. We’ve played here in the IPL, so hopefully the pitch will be good,” Rohit said after winning the toss.
“It was a tough call we had to take between playing Dinesh and Rishabh, Rishabh sadly misses out. And Avesh makes it as the third seamer.
“This is an important game for us, but as cricketers we don’t want to think about the opposition, we just want to correct whatever mistakes we are doing. We are bowling first,” Rohit added.