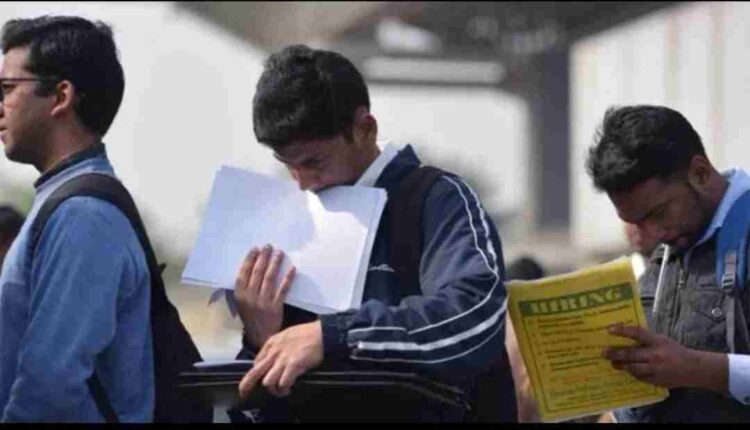 SRINAGAR: Jammu and Kashmir has witnessed the highest unemployment rate of 17.8% by the end of the year 2020.

A graph showing the unemployment rate. Courtesy: Times Of India
The unemployment rate is defined as the percentage of unemployed persons in the labour force, while labour force refers to the part of the population which supplies or offers to supply labour for pursuing economic activities for the production of goods and services and therefore, includes both employed and unemployed persons.

The employment registration carried out by the Directorate of Employment last year witnessed 3 lakh registrations by postgraduates and PHD degree holders.

Several months back, the J&K Service Selection Board advertisement for 8575 class IV posts saw a whopping 4.4 lakh aspirants had applied out of which 3.286 lakh candidates appeared.

The unemployment rate in urban areas of India remained in double digits for the third consecutive quarter at 10.3% during October-December, higher than 7.8% a year ago, as the impact of the Covid-19 pandemic weighed on jobs, Times Of India quoted the official data as having said.

ALSO READ:  Fresh Weather Update in Jammu And Kashmir For Next 2 Days