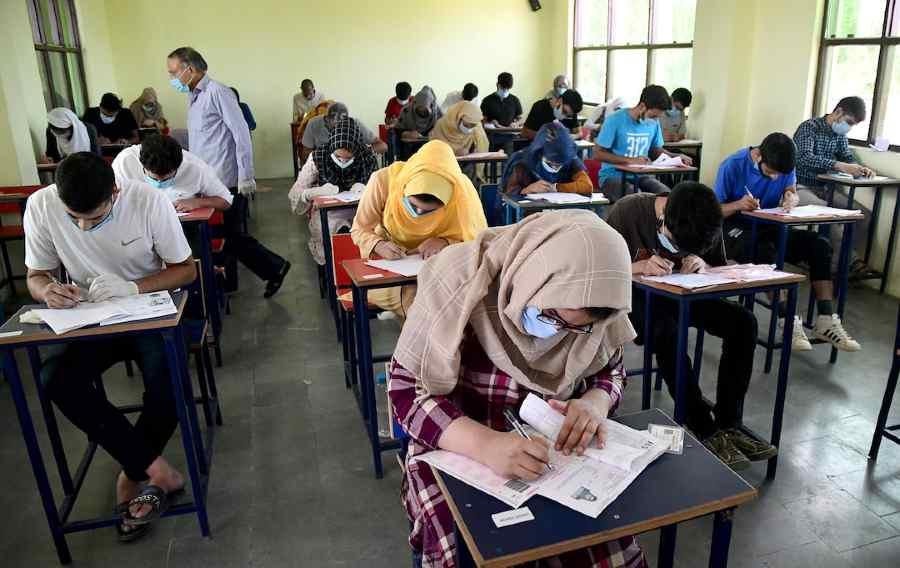 Srinagar: The J&K Board of School Education (BOSE) Saturday notified the tentative dates for holding the annual regular 2023 examination of the students from class 10th to 12th.

Similarly, in hard zone areas of Kashmir, the examination for class 10th students would tentatively commence from April 11, 2023 followed by exams of class 11th and 12th class students from April 10 and April 8 of 2023.

Notably, the JKBOSE has already notified the soft and hard Zone areas in Kashmir.

Notably, this will be the first regular examination to be conducted in March and Apri post adoption of the National Academic Calendar (NAC) and the examination in both the divisions –Kashmir and Jammu would be held simultaneously.

“The idea behind notifying tentative dates was to give an idea to the students about the commencement of their exams. Most of them are outside J&K for coaching purposes and we did not want to create any inconvenience to them by announcing the final date sheet abruptly. Now they are aware about the dates and can plan their return accordingly,” a JKBOSE official said.

He said that the JK Board had prepared the entire date sheet for all the three classes, which would be notified after a few days.

The JKBOSE had earlier proposed to the government to have different date sheets for Kashmir and Jammu divisions considering the situation that arises due to prolonged winter in Kashmir.

“But the government did not agree and decided to have a common date sheet for students in both the divisions. However, no decision has been taken regarding the situation that will arise if it snows in Kashmir on the day of examination in March,” the official said.

“The figure may increase slightly as the date for submission of examination forms has not been closed yet,” the board official said.