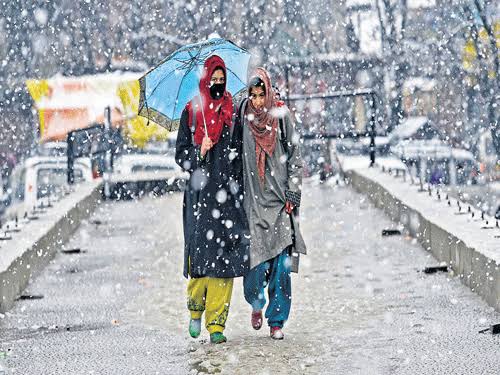 Kashmir Under Deep Freeze As Srinagar Endures Season’s Coldest Night At Minus 3.4°C

Srinagar, Dec 5 (GNS): Freezing temperature showed no signs of reprieve as Srinagar endured its coldest night of the winter so far with temperatures plummeting to minus 3.4°C on Monday.

A meteorological department official here told GNS that the minimum temperature in Srinagar, the summer capital of J&K, was 2.5°C below the normal for this time of the year and surpassed previous lowest of minus 2.2°C this season which was recorded on two consecutive Sundays respectively. There was also mist this morning which mainly affected transporters.

Qazigund recorded a low of minus 3.4 °C against minus 2.8°C on the previous night. The temperature was 2.4°C below normal for the gateway town of Kashmir, he said.

In Pahalgam, the mercury settled at minus 4.4°C against minus 4.6°C on the previous night and it was 1.1°C below normal for the south Kashmir resort, he said.

Kokernag recorded a low of minus 1.4°C against minus 0.8°C on the previous night and it was 0.8°C below normal for the place, he said.

In Kupwara town, the mercury settled at minus 2.7°C against minus 2.4°C on the previous night, the official said. It was 1.3°C below normal for the north Kashmir place, he said. 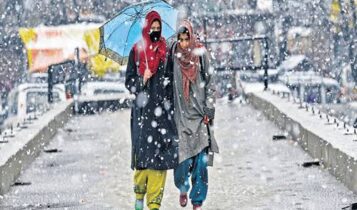 In Ladakh, Leh recorded minus 10.6°C, Kargil minus 11.0°C and mercury in Drass, the world’s second coldest place after Siberia, settled at minus 11.9°C, the official said. The Weatherman has already forecast light to moderate snowfall in Kashmir from December 9 to 10.

“A fresh Western Disturbance is likely to affect J&K and adjoining areas from December 9. Under the influence of the system, there is a possibility of light snow over plains and lower reaches, light to moderate snow over middle and higher reaches during 9th December (evening) to 10th December (evening) particularly over north, northwestern, central parts of Kashmir and South Kashmir,” the MeT official said, adding, “Light rain was expected at isolated to scattered places of Jammu.” (GNS)