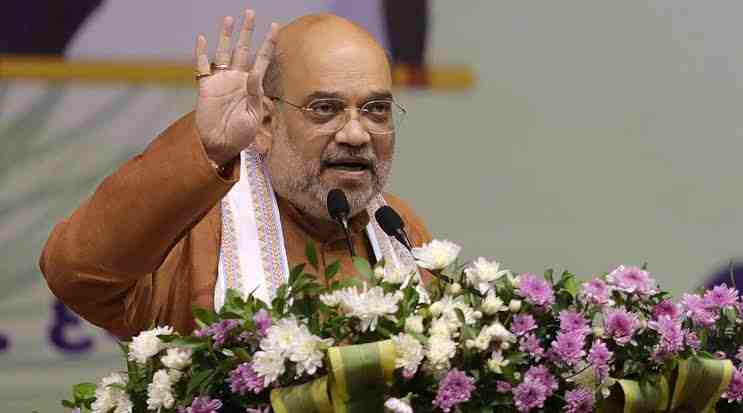 New Delhi: Union Home Minister Amit Shah said on Tuesday that Rs 50,000 crore is expected to be invested in Jammu and Kashmir after the unveiling of a new central scheme for industries.

Launching a web portal for registration of industrial units under the ‘New Central Sector Scheme’ in Jammu and Kashmir, Shah said a new dawn of investment and industrial development will begin in the Union Territory with this initiative.

The scheme aims to give fresh thrust to the industry and services-led development of Jammu and Kashmir with emphasis on job creation, skill development and sustainable development by attracting new investment and nurturing the existing ones.

ADVERTISEMENT
ADVERTISEMENT
Shah said the responsibility for the development of Jammu and Kashmir is not only of the local people but of everyone in the country.

“I request the country’s industrialists to come here and take advantage of this scheme and invest in the UT and make it one of the most important industrial states in the country and move towards making it a developed Union Territory,” he said.

The home minister said Prime Minister Narendra Modi had said after the abrogation of Article 370 and Article 35A on August 5, 2019 that there will be a new beginning for employment and happiness in Jammu and Kashmir and this is a huge milestone in fulfilling the promise made by the prime minister to the people of Jammu and Kashmir.

He said industrial development, a good environment for it and a policy that is competitive with the world are the hallmarks of the Modi government.

After the abrogation of Article 370 and Article 35A, an open environment was created, and employment opportunities were created for Jammu and Kashmir, he said.

Shah said apart from tourism, education and IT in Jammu and Kashmir, this policy will also take forward many other possibilities.

The One Nation, One Ration Card scheme, Ujjwala, DBT, Saubhagya and many other schemes have been fully implemented in Jammu and Kashmir.

The prime minister has made an ambitious plan in which a target has been set for providing clean drinking water to every household in the newly created Union Territory by 15 August 2022, he said.

The home minister said Jammu and Kashmir is the only region where every person has received the benefit of Pradhan Mantri Ayushman Bharat Yojana under which one can get free treatment of up to Rs 5 lakh.

He said the number of tourists visiting J-K had greatly increased after peace and security were ensured in Jammu and Kashmir.

Union Minister for Commerce and Industry Piyush Goyal, speaking on the occasion, said the beginning of the online portal and roll out of central sector schemes is a historic initiative.

ALSO READ:  Kashmir will be connected to Kanyakumari by train in December 2022: LG

The portal has been designed and developed for effective implementation of the scheme in a transparent manner and with the objective of ease of doing business.

The entire process under the scheme, i.e. applying for registration, submitting claims and their processing will be through the portal and there will be no human interface.

The scheme also supports employment to about 35,000 people indirectly already working in existing units through the working capital interest subvention component of the scheme.

It is expected that the UT of Jammu and Kashmir will have an additional investment of about Rs 12,000 crore in the establishment of about 1,200 industrial units, a commerce ministry statement said.

The scheme is anticipated to generate direct employment opportunities for about 78,000 persons along with employment in the primary sector including agriculture, horticulture, sericulture, an

JKSSB Press Release regarding Selection for the posts…