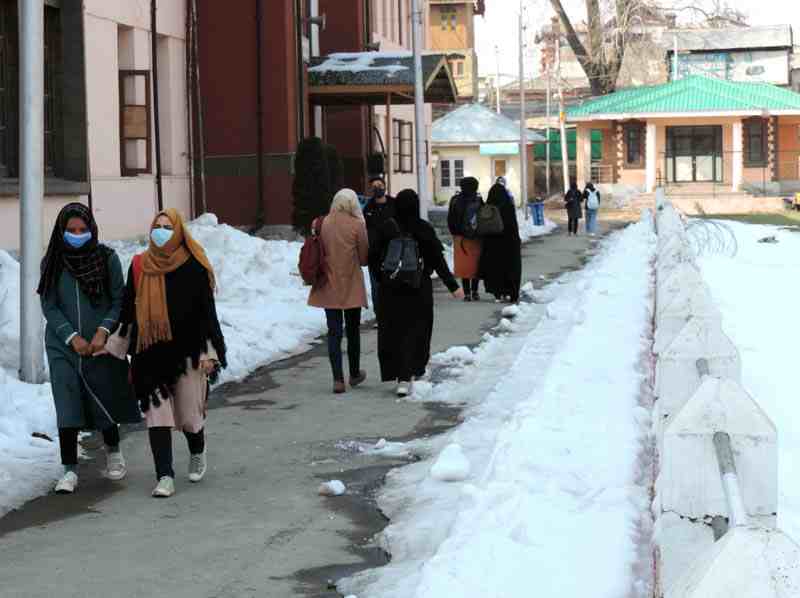 Srinagar, Jan 20 (KNO): Parts of Jammu and Kashmir received fresh snowfall on Friday even as the weather department has also forecast more rain and snowfall during the next few days.

As per details available with the news agency—Kashmir News Observer (KNO) higher reaches of Jammu and Kashmir experienced moderate to heavy snowfall, while plains received light to moderate snowfall

The weatherman has also predicted widespread light to moderate rain and snow in J&K during the next 24 hours.

Director Srinagar Airport Kuldeep Singh told KNO since early morning all flights were delayed due to poor visibility. “The flights operations were started around 10: 30 now following improvement in the weather,” he said.

He said flights from Srinagar airport were delayed due to NOTAM not due to bad weather.

“So far no flight has been cancelled due to weather. All flights scheduled for today have been delayed,” he added.

An official said that the traffic movement has been stopped from both sides on Jammu-Srinagar national highway in view of shooting stones and snowfall between Ramban and Banihal.

He said that Sonamarg-Leh, Mughal and Gurez roads are already closed due to accumulation of snowfall—(KNO)