Private hospitals, clinics have to get registered with DHSK – check details here

Private hospitals, clinics have to get registered with DHSK

Govt to monitor their working for patients safety

Srinagar Sep 16: Authorities have decided to monitor the working of private hospitals in Kashmir including checking the credentials of local and non-local doctors working in them for the safety of patients.

Besides, private hospitals and clinics have also to undergo the registration process. This comes after two back-to-back cases of alleged medical negligence at a private hospital in Srinagar.

Authorities have sealed the Operation Theatre of the hospital while directing the concerned not to carry out any surgical procedures till the completion of the inquiry. 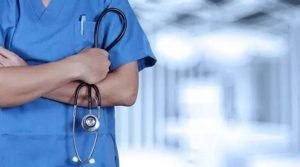 The Chief Medical Officer has also formed a panel to probe the matter and ascertain the facts of the allegations which have been leveled against the doctors of the hospital.

In the aftermath of the death of two women allegedly due to medical negligence, an official said the government has asked concerned officers to monitor the working of all hospitals for the safety of patients.

“Like government hospitals, the working of private hospitals has also to be monitored. It has also been decided to regularly check the facilities in hospitals. Besides, all private hospitals and clinics have to get registered,” the official told news agency Kashmir Indepth News Service (KINS).

There are around 45 private hospitals and nursing homes registered with the Directorate of Health Services Kashmir (DHSK). Besides, there is also no regulation of rates and patients are being charged as per the will of proprietors of these hospitals. There are also variations in tests in privately run medical labs.

As per the rules, it is mandatory for every doctor to obtain counsel registration before doing the practice in the Valley.

The registration is only being issued once the Directorate of Health Services Kashmir verifies the degrees from the Medical Council of India and the concerned institutions.

However, nothing such as per the officials is being followed by non-local doctors, who do practice in private hospitals in the Valley, officials said.

“We don’t know the credentials of the outside medicos serving in private hospitals and clinics. There must be accountability from where these doctors have received the degrees. It has been decided to make all these hospitals accountable and also monitor their working,” an official of the Health Department said.

If there is any negligence on part of non-local doctors, the official said they could be charged with “murder charges” as they practicing “illegally”.

Those who go outside for studies shall make proper verification whether the institutions are registered, the official said.

“Government has asked officers to ensure that private hospitals submit the list of all the doctors and check their credentials,” the official added. (KINS)