UGC is planning to merge NEET, JEE Main, CUET for ‘one nation, one entrance exam’ 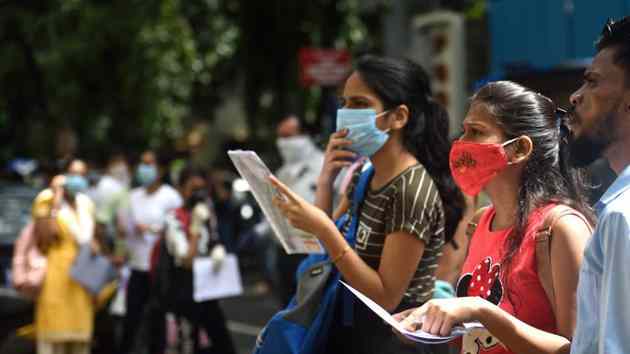 NEET, JEE Main, CUET: The University Grants Commission (UGC) has recently announced plans to combine NEET and JEE Main with CUET in an effort to bring all entrance exams under a single umbrella. The aim is to create a single entrance exam for all purposes. NEET, JEE and CUET are all conducted by NTA.

UGC Chairperson M Jagadesh Kumar said on Friday that the move towards ‘one nation, one entrance exam’ was in line with the the National Education Policy (NEP) 2020. While JEE is the gateway exam for engineering studies, NEET is the same for UG medical studies.

CUET, the Common University Entrance Test launched in 2022, is likely to beheld twice a year from 2023 onwards and is set to eliminate the need to appear in multiple entrance exams, a move that should reduce the burden on students to a great extent.
The idea is to merge JEE Main and NEET with CUET and then hold the integrated CUET exam around twice a year to give a better chance to students to secure college admission in the disciplines of their choice. There wouldn’t be a limit on the number of attempts.

The UGC chairman said that this plan was not yet finalised and that UGC has decided to first create a community to take care of the details.

The National Testing Agency (NTA) and the other stakeholders needed to be well prepared before this single common entrance exam could be launched.
The committee will examine the current exam process, form recommendations, and then pass on the same to NTA and the other stakeholders to collect feedback. The final decision would be taken after the feedback is taken into consideration.

SYLLABUS TO BE FOLLOWED

The new integrated CUET UG will follow the NCERT syllabus and NTA will be instructed to adhere to the Class 12 syllabus for all subjects, including those for JEE and NEET.

The technical snags in CUET this year has created questions on how the three major exams of CUET, JEE Main and NEET could be held together as it may create more pressure on NTA and thus, more problems.

The UGC chairman said that the issues encountered this year had been taken care of and that it had been a learning episode.

The NTA is now also taking a decision to set up specific exam centres across India which will be well-equipped with computers and other facilities. During the non-exam seasons, these spaces will be utilised as training centres, Kumar said.